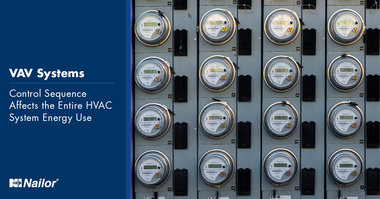 By: Matthew A Crump, PE

Developing real estate requires millions of decisions about what the building will look like, how to fit it within a budget, how will it operate, what HVAC system to use, etc., etc., etc. Each decision has an impact on the final product. One of these small decisions may never be consciously by the engineer designing the mechanical systems. As a junior engineer straight out of college, I was designing mechanical systems as a consulting engineer. This involved listening to the client, performing load calculations, and choosing the equipment to keep the occupants comfortable. One of the last parts of this was to import a drawing, "specs.dwg", into the drawing package that contained all the specifications for the mechanical drawings. This drawing had every spec for all equipment the firm had developed over time. My job was to whittle it down to the specs that applied to the specifics of this project. Under controls, if the project had a Series Fan Powered Terminal unit, I just didn't delete the language under that heading. I was aware of what the control sequence meant for how the unit operated, but I wasn't fully aware of how that sequence could affect the operation of the entire system. 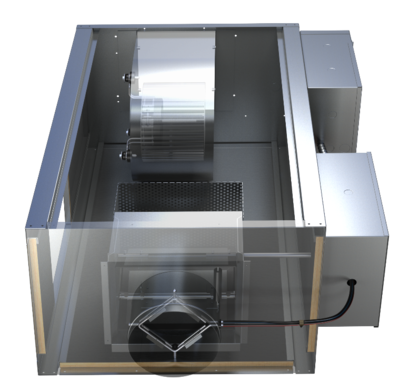 One of the decisions when designing a VAV system is what type of terminal units to use in the system. The simplified version of this decision is Series Units for all zones or Parallel units on the exterior and single-duct for interior zones. Series units contain a fan that is operational at the same time as the air handling unit. There are several benefits for why to choose Series units for your system, see a previous article here. Once Series units are selected there are two different control sequences that can be selected.

Historically, Series FPTUs were controlled using a constant volume sequence. And, for the most part, this is how units are being controlled today. With this sequence, the unit supplies the same volume of air during operation. To satisfy the requirements of the zone during cooling, the damper on the terminal unit will modulate to allow more/less primary air into the space.  During heating, the heater will operate on or off to control the leaving air temperature on the unit. The result is a constant airflow with variable temperature depending on the needs of the zone. 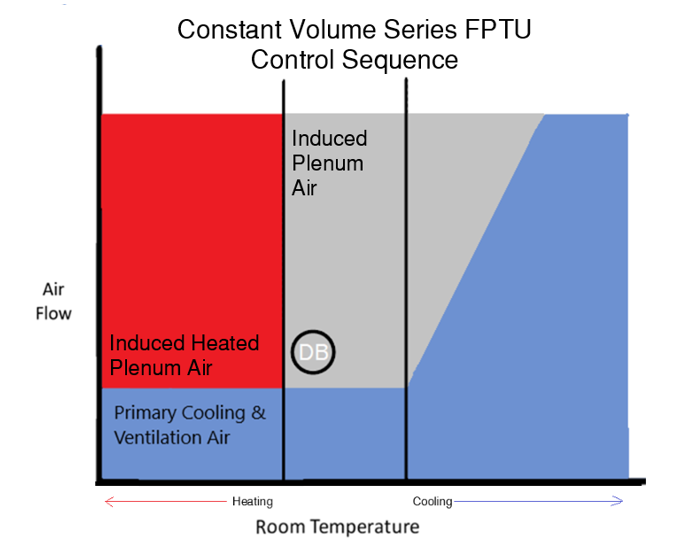 The thought process for this sequence is that keeping the volume constant reduces audible changes in the system for the occupant and keeping the airflow consistent increases comfort for the occupant. A study was performed by ASHRAE called RP-1515. In this study, they analyzed the comfort in three buildings on Yahoo's campus. These buildings were designed to deliver 1 CFM/ft2 with a minimum air supply of 30%. The occupants were complaining about the comfort in the space, so the setpoints were modified to allow the units to move down to 10-15%. The result of reducing the minimum flow rate was an increase in occupant comfort. This study refuted the assumption that occupants needed steady airflow to maintain comfort.

The variable volume control sequence modulates the terminal unit fan to match the airflow of the primary supply from the air handling unit. To satisfy the demand in the space, this sequence maintains a constant temperature and varies volume. The opposite of the constant volume sequence. 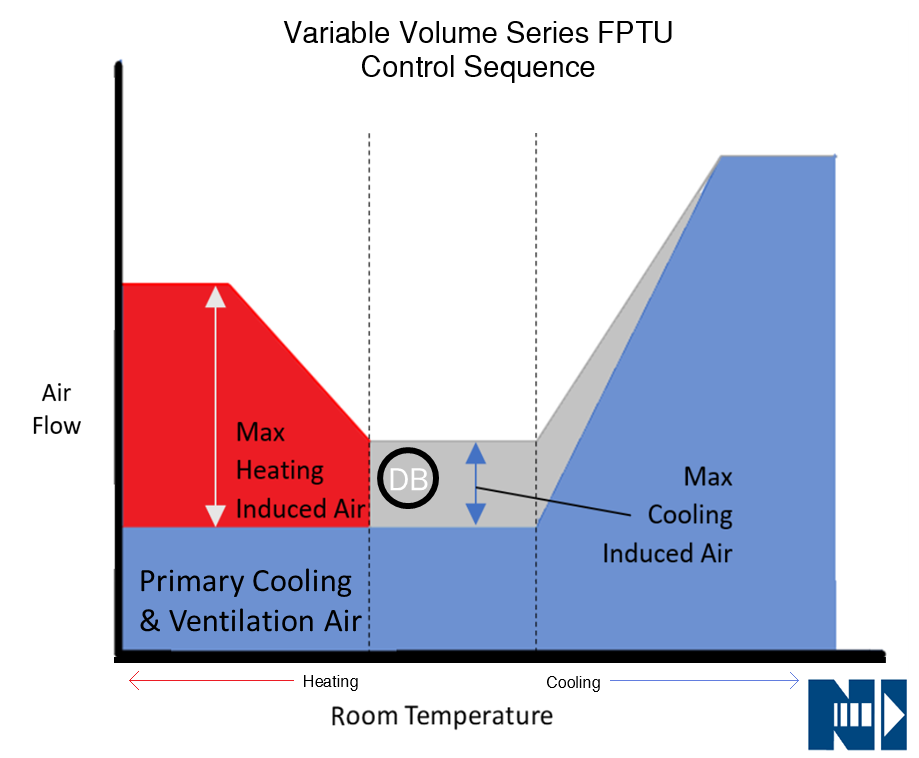 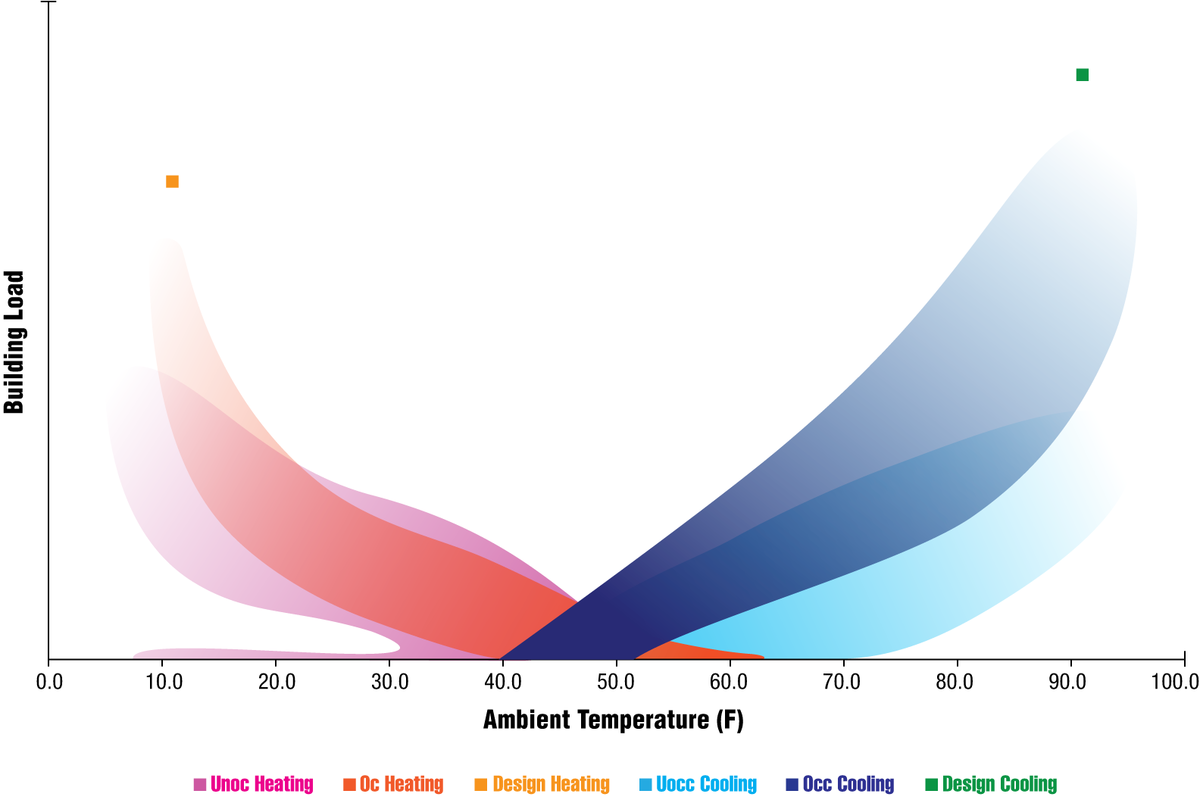 The obvious savings from constant volume to variable volume is the fan energy. As the fan speed slows down, the energy use is reduced exponentially. What is not so obvious is the energy reduction used by the air handling unit, chillers, and pumps

Considering the same room at part-load conditions in the cooling mode, the same fan-powered terminal unit operating with either a constant volume or variable volume control sequence will require different quantities of primary air to maintain the space temperature. The constant volume terminal unit will induce plenum air into the air stream. This plenum air will increase the temperature of the air entering the space. To overcome this increase in temperature, the amount of primary air required to maintain the space will increase. The same unit with a variable sequence will require less primary air because the air delivered to the space will be very close to 55°. 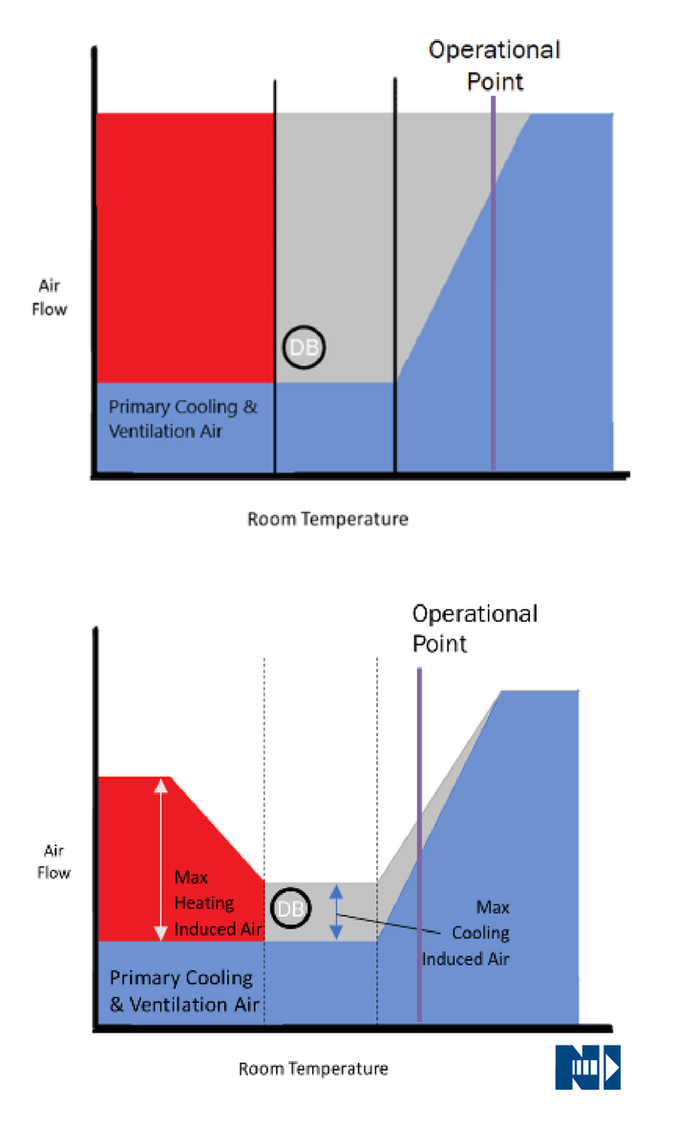 This increased primary air will require additional fan energy from the air handling unit, additional chilled water flow from the pumps, and additional work by the chillers to cool that additional flow. The selection of a variable volume control sequence for your series fan-powered terminal units impacts the energy use by the entire HVAC system. Depending on the location of the building, this savings could be between 4-7.5% of the total HVAC System Energy. If ECM motors have already been selected, using a variable control sequence is free, and can result in significant savings.