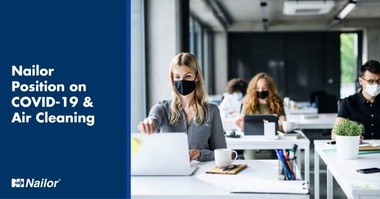 There have been multiple papers written by many authorities on Covid-19 and the necessity to clean the air in buildings. Our opinion is that four of the best sources are The Center for Disease Control (CDC), The American Society of Heating, Refrigerating and Air-Conditioning Engineers (ASHRAE) World Health Organization (WHO) and Taylor Engineering’s White Paper. The opinions in this paper are our best assumptions as garnered from those and other sources about the virus. It covers where the virus comes from, where the virus is located in an infected room, the equipment we manufacture, and what is the best action to take to best prevent infections within your building.

Where does the Virus Come From?

All the papers we have read suggest that the virus does not come from outdoors. It is introduced inside the building by occupants who are infected. This means that there is little that can be done to directly affect the virus by cleaning or sterilizing your outdoor air. However, it does not mean that you should not keep your outdoor air as clean as possible. There are other things in the air that may affect occupants by somewhat compromising their immune systems. That may make Covid-19 more likely to infect or cause greater discomfort to those occupants.

Actions: Outdoor air should be properly protected with adequate filtration and UVc lights to capture or kill any pollutants and biological contaminants before they can enter the building air supply. The filter on equipment bringing in outside air should be the highest MERV rating that is compatible with the air handler, optimally MERV 13 to MERV 16.

Where the Virus is Located in an Infected Room

All the sources listed above suggest that the virus is expelled from an infected person through his nose or mouth and is encapsulated in a water droplet. Droplet sizes vary widely resulting in various travel times for their trip to the floor or some horizontal surface in their path. The droplets nearly all tend to fall toward the floor unless the water evaporates before the virus hits the floor. In that case, the virus can become aerosolized and remain airborne. There are questions about how long the virus can continue to be active in this state. There are a few instances where virus RNA has been found in filters and on dampers in the air conditioning system; however, they are rare and seemingly shown as exceptions to the rule. In these few instances it is not known whether the viruses were activated. The virus seems to rarely be an aerosol floating freely in the air unless some fan or strong jet is present in the occupied space. It is unlikely that activated Covid-19 viruses are able to make it into the air conditioning system and be circulated back to the occupied space. One possible exception would be small cassette style units blowing strong jets down from a sidewall into the space.

Actions: Cleaning room air is a common recommendation as a reasonable approach. Nailor agrees and has designed a room cleaner for that purpose. The MAC 700 has a bottom intake to help pick up contaminants from the floor. The internal UVc kill zone will destroy 99.9% of viruses present. The HEPA filter will capture 99.99% of all other contaminants as they pass through the filter. The pre-filter at the bottom of the unit will extend the HEPA filter lifetime by removing larger particles. 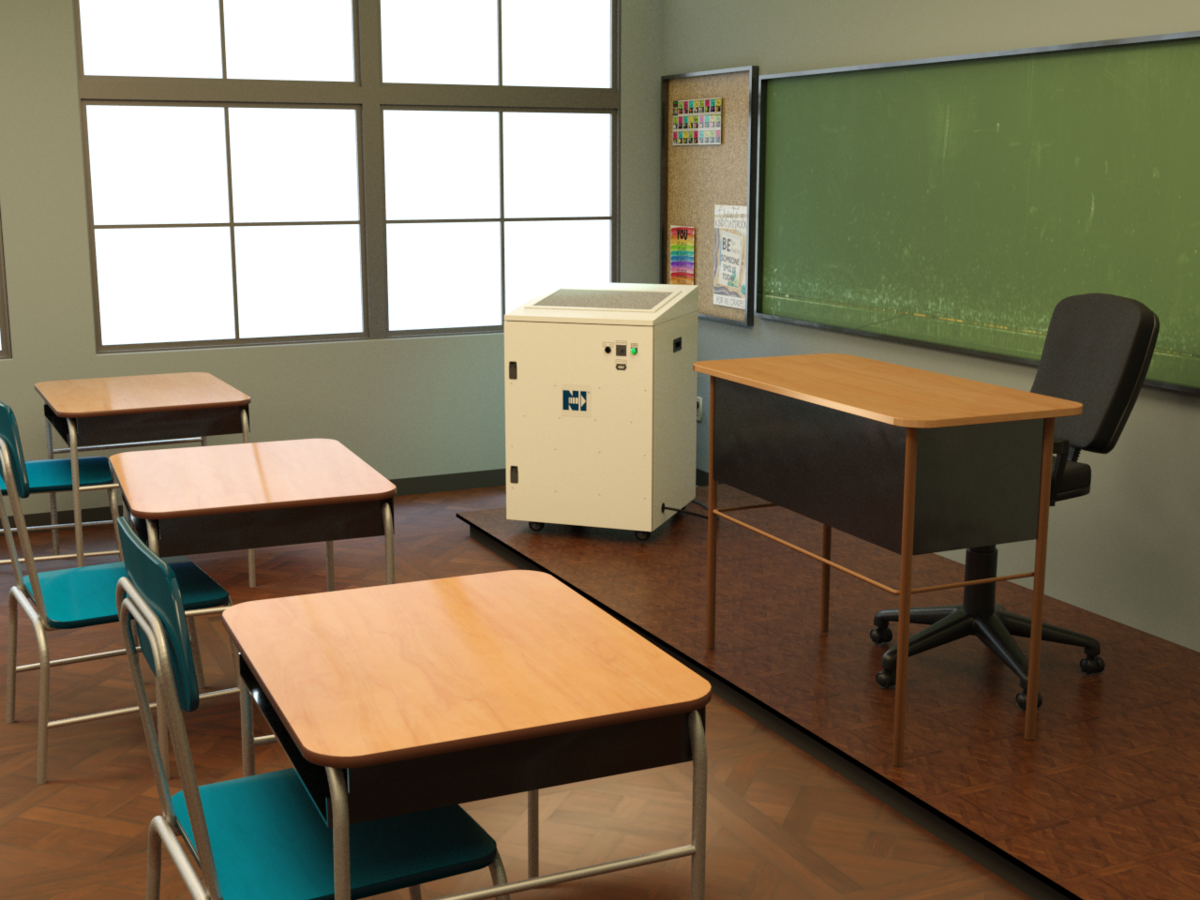 The Equipment We Manufacture

Nailor manufactures custom air handlers, fan coils, VAV terminal units, air control dampers and grilles and diffusers; all of which are in the airstream from the outdoor unit to the terminal grille or diffuser in the space. We have received many requests to provide MERV 13 filters on fan coils and fan powered VAV terminal units. According to the sources cited above, these devices would have minimal effectiveness in controlling the Covid-19 virus in the room space. We have also received requests for UVc lights and, Bipolar Ionization devices and Needle Point Ionization to be mounted in our equipment.

UVc lights require an enclosure. They cannot be allowed to leak UVc outside of the equipment since the light is harmful to humans, wiring insulation, insulation and other organic materials after some time of exposure. Because the fan powered VAV terminal units have large induction ports for inducing plenum air into the duct system, the lights are not able to be concealed and Nailor recommends against using them in this application. Fan coils and air handlers do not have induction ports that are left open. The inlet is usually in close proximity of the coils. In these cases, UVc lights can safely be deployed. However, while UVc is extremely effective at killing biomass on their coils and drain pans, UVc effectiveness is questionable in fan coils since it is unlikely that the virus is present. In air handlers, especially air handlers that involve outdoor air, their positive effectiveness is well documented as described above. 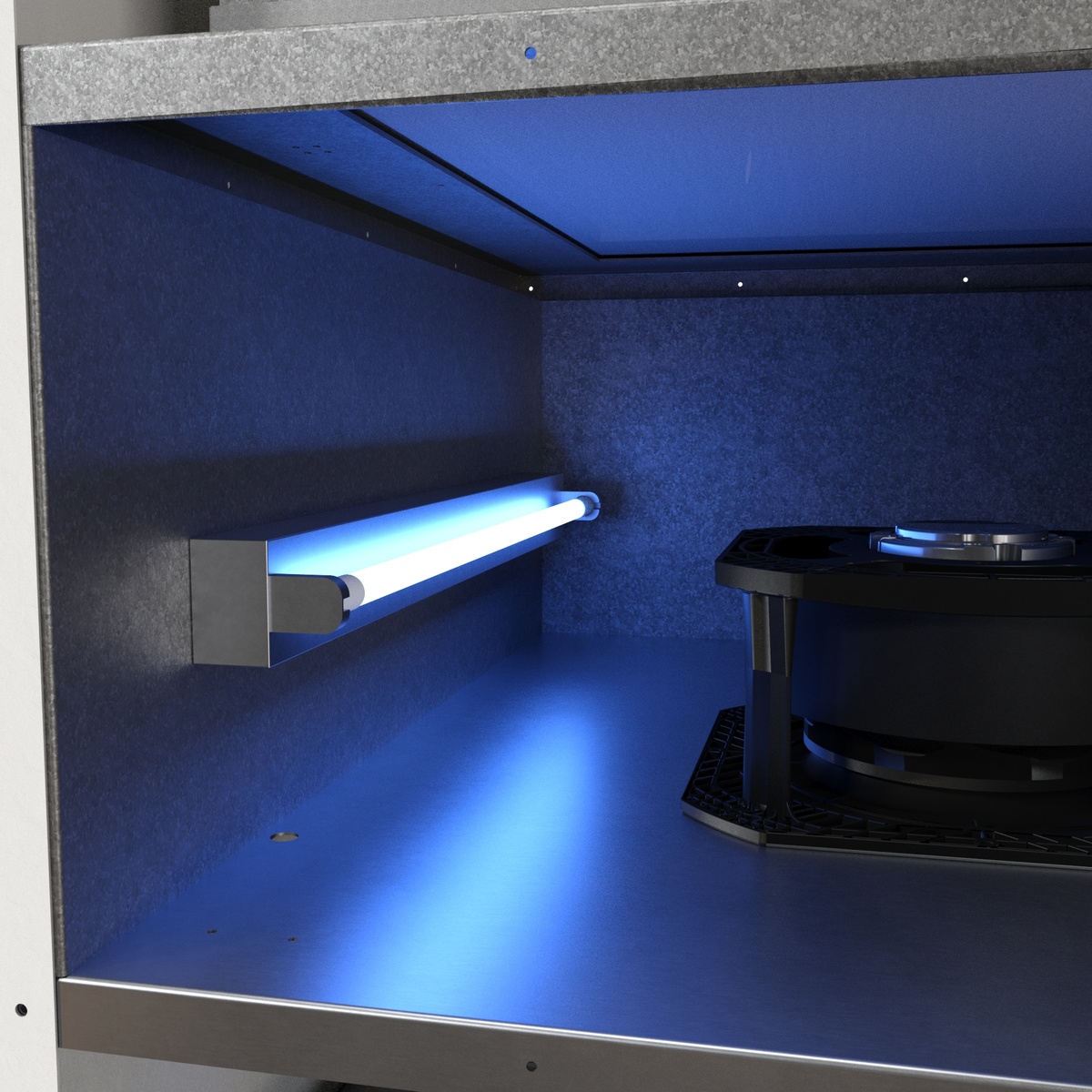 Heavy duty filters are always an option. MERV 8 is required by ASHRAE 62.1 on all air handlers and fan coils that have wet coils and control recirculated air. Higher MERV ratings can be used up to MERV 16, but the air handler or fan coils must be sized accordingly.

Needle Point and Bipolar Ionization are mentioned by all four sources above. Devices that ionize air typically produce some ozone although some of them have regulated output voltages that can prevent ozone creation. CDC states that if the device produces safe amounts of Ozone, it is not effective at killing biological agents. If increased production of ozone is present and able to kill biological organisms, the ozone will be harmful to humans, and repetitive exposure will produce cumulative harmful effects. None of the four references recommend them. Nailor does not recommend any device that generates ozone. Some agglomerating devices that are prevented from creating ozone can be effective at increasing particle sizes to enhance the ability of capturing the larger particles containing contaminants in the filtration devices. Nailor will provide such devices on request. Nailor will provide electrical connection points to power devices that are intended to be installed in the duct system external to our equipment. Qualified personnel familiar with ozone should be selected to install them. There have been some anecdotal reports that the ionization devices, when mounted in the air circulation equipment does work well at removal of forest fire smoke from the occupied space.

Actions: If you are concerned about Covid-19 being circulated through your air conditioning system, use the highest MERV rated filters recommended by the manufacturer on the air distribution devices.

What Is the Best Action to Take to Prevent Infections Within Your Building?

Indoor recirculating air handlers feed many zones distributing air throughout large areas of the building. That air should be well filtered.

Actions: Refer to the section above under Where Does the Virus Come From. Additionally, employ room air cleaners for local occupied spaces like Nailor’s MAC 700. Indoor recirculating air handlers should also be equipped with at least MERV 10 filters. Avoid devices which direct air jets directly at occupants in the occupied zone, which may be strong enough to carry viruses from an infected person to others in near proximity.