Building engineers, owners, and occupants can rest easy knowing their Nailor Fan Powered Terminal Units provide the best combination of sound, control, and comfort.
For over 20 years Nailor has led the industry with the most innovative solutions for VAV systems. The Stealth Design has now been validated as the benchmark and industry is rushing to imitate the design. #flattered

When designing a VAV system there are two choices for the fan powered terminal units that condition the exterior of the building; Series and Parallel.

A recent study highlighted in the ASHRAE Journal showed that compared to a PSC motor baseline, choosing a variable speed controlled ECM series fan powered terminal unit can reduce a building HVAC energy usage by up to 10%. This makes series units the clear choice.
Series Terminal units have a fan located in the air stream that is powered when the HVAC system is operational. This reduces the size of the large air handling unit fan because the series fan handles the static pressure downstream of the terminal unit. With variable speed control the fan operates at part load for most of its operation, reducing the energy use of the entire HVAC system.

Since 1996, Nailor has recognized the importance of series technology and has invested in delivering the most efficient solution to the market. Nailor utilizes an opposed blade damper (OBD) for optimal control. When compared to the industry standard butterfly damper, the OBD provides superior control, lower pressure drop, and lower noise.

The Nailor portfolio was the first to utilize ECM technology which enables variable speed control. EPIC Fan Technology® from Nailor allows the pressure independent control sequence below. This significantly increases efficiency of the entire HVAC system, while increasing comfort for the occupant. 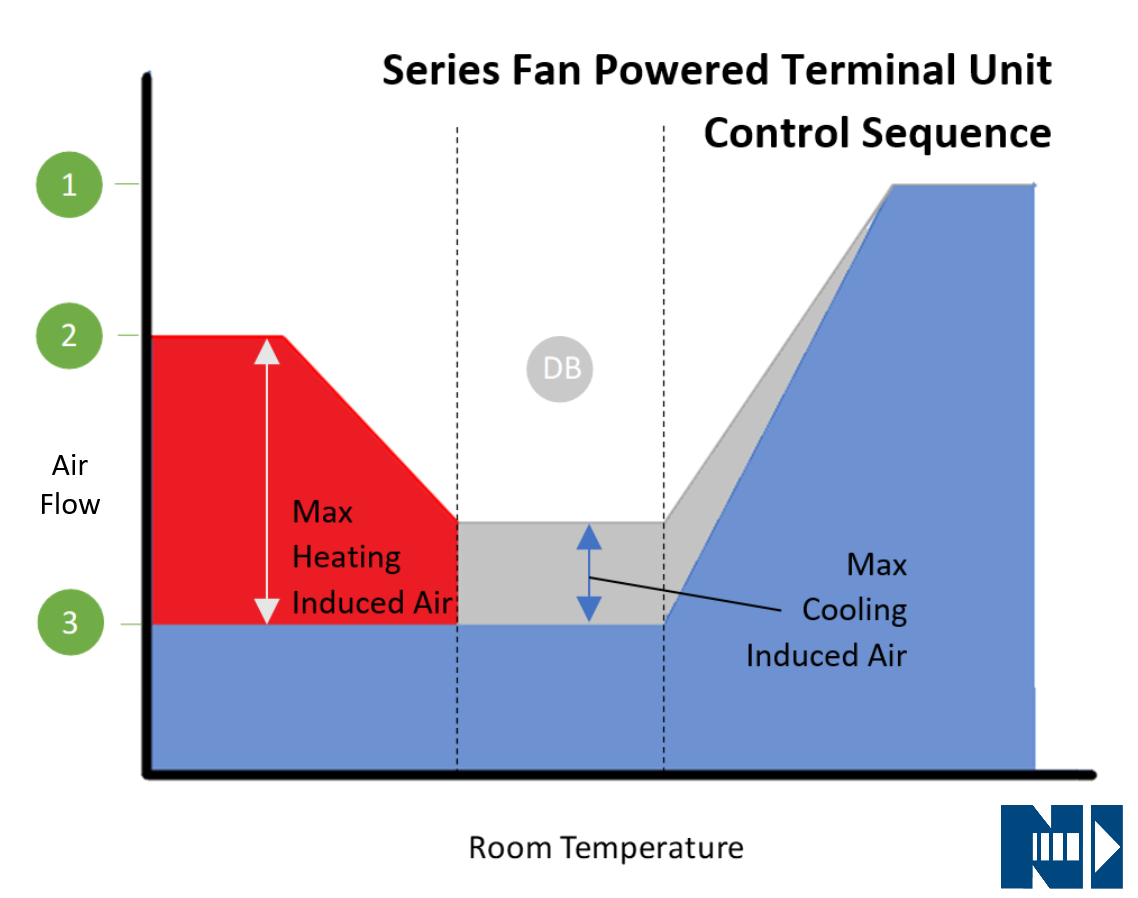 Nailor Stealth technology is a first of its kind integrated silencer that provides up to a 20% reduction in the radiated NC sound produced by the unit.
Hydronic coils, optional on all Nailor Terminal Units, come fully encased in an insulated enclosure. This greatly increases the thermal efficiency of the coil conditioning the air.
Finally, space frame construction of the Nailor Series Terminal Units enables easy access for service personnel if needed. Even the attenuator on the Stealth model is an access panel. 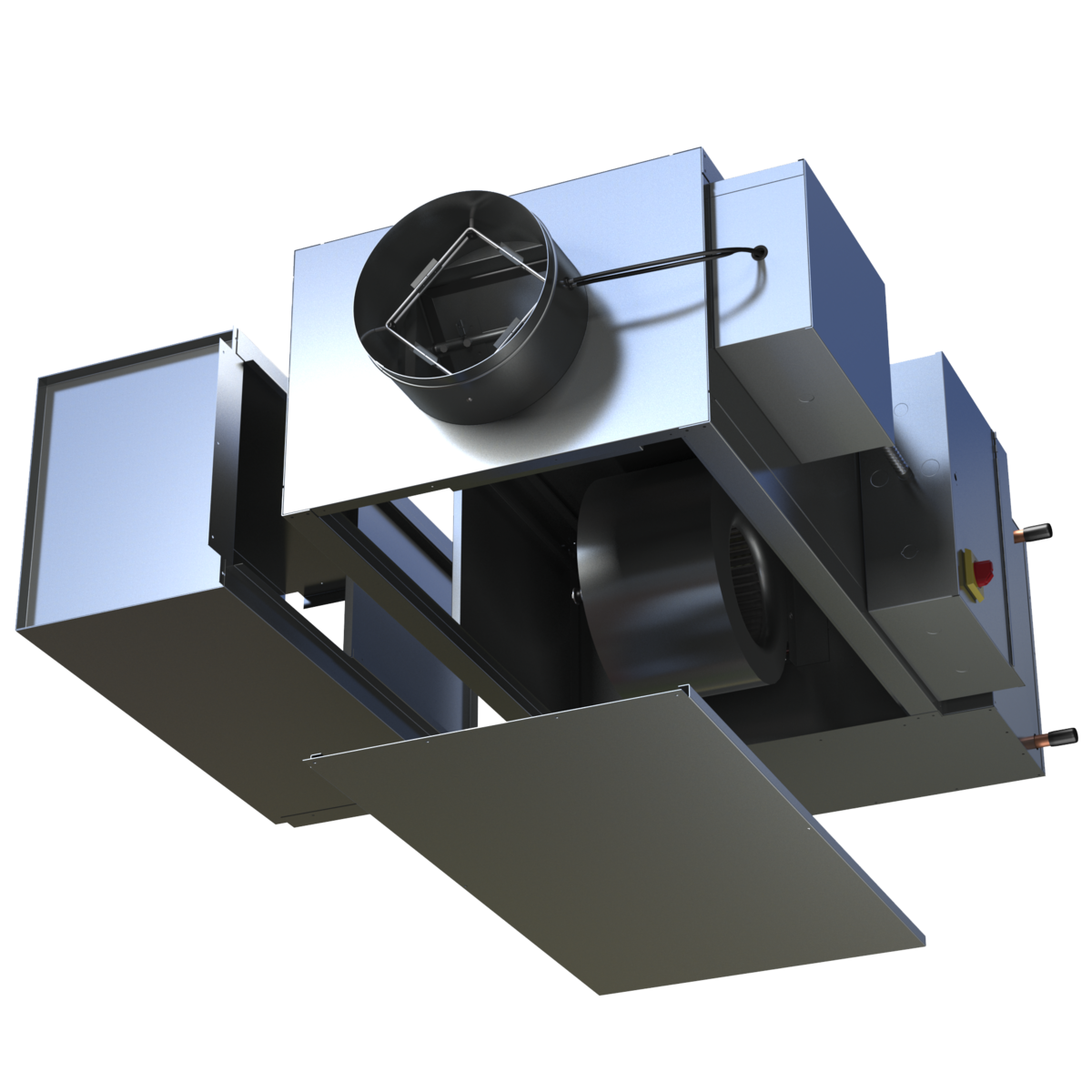 Every aspect of the design has accounted for facilities management, energy efficiency, occupant thermal and acoustical comfort, and system operation to provide the most advanced terminal unit solution.