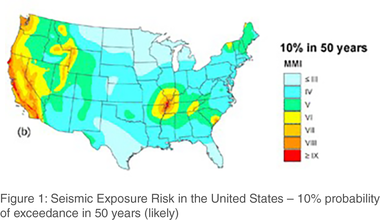 According to the United States Geological Survey (USGS) there are 65,000,000 people living in an area that has a 10% probability of experiencing “Strong Shaking” due to seismic activity.  [Peterson, 2019] This area is represented by the yellow through red areas on Figure 1. And, population trends over the past 20 years have shown that this number is growing quite quickly. Almost 20% growth in the exposed population in that time frame. The need for equipment and construction methods that can withstand these threats while keeping occupants safe is increasing every year.
Recognizing this need, Nailor has recently undergone the process of certifying its Terminal Unit and Horizontal Fan Coil Product Lines as acceptable in these regions.  This process is governed by the AHRI Standard 1270: Requirements for Seismic Qualification of HVACR Equipment and the ICC Acceptance Criteria 156 (AC156): Seismic Certification by Shake-table testing of Nonstructural Components. The goal of this process is to prove that our equipment can structurally and functionally withstand the forces exerted on the equipment during a seismic event.  Nailor Terminal Units and Horizontal Fan Coil Units passed the testing and is now certified by Seismic Source International to meet the guidelines set forth by the standards discussed above.
In California, the Office of Statewide Health Planning and Development (OSHPD) has a process for approving the supports and attachments for non-structural components, including HVAC equipment.  Nailor took the additional steps to have their Single and Dual Duct Terminal units approved under this OSHPD (pronounced Oshpod) process.
Testing
The seismic certification process includes a shake-table test designed to replicate the experience of a seismic event.  The shake-table does exactly what it sounds like, shake. In both horizontal and vertical directions, the shake table imparts seismic forces on whatever has been mounted onto the system. Nailor designed multiple test rigs that allowed us to mount several of our products onto the shake table at once, accelerating the process of certifying our portfolio. 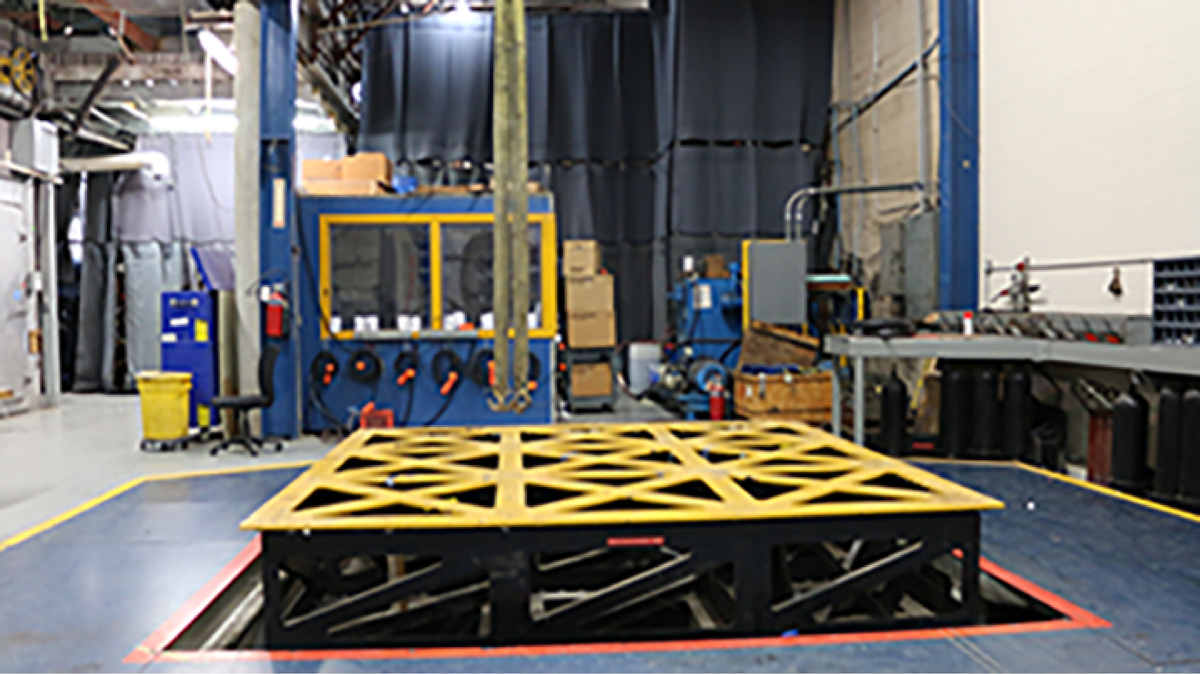 To replicate the worst-case scenarios all units with cooling/heating coils were tested filled with water. 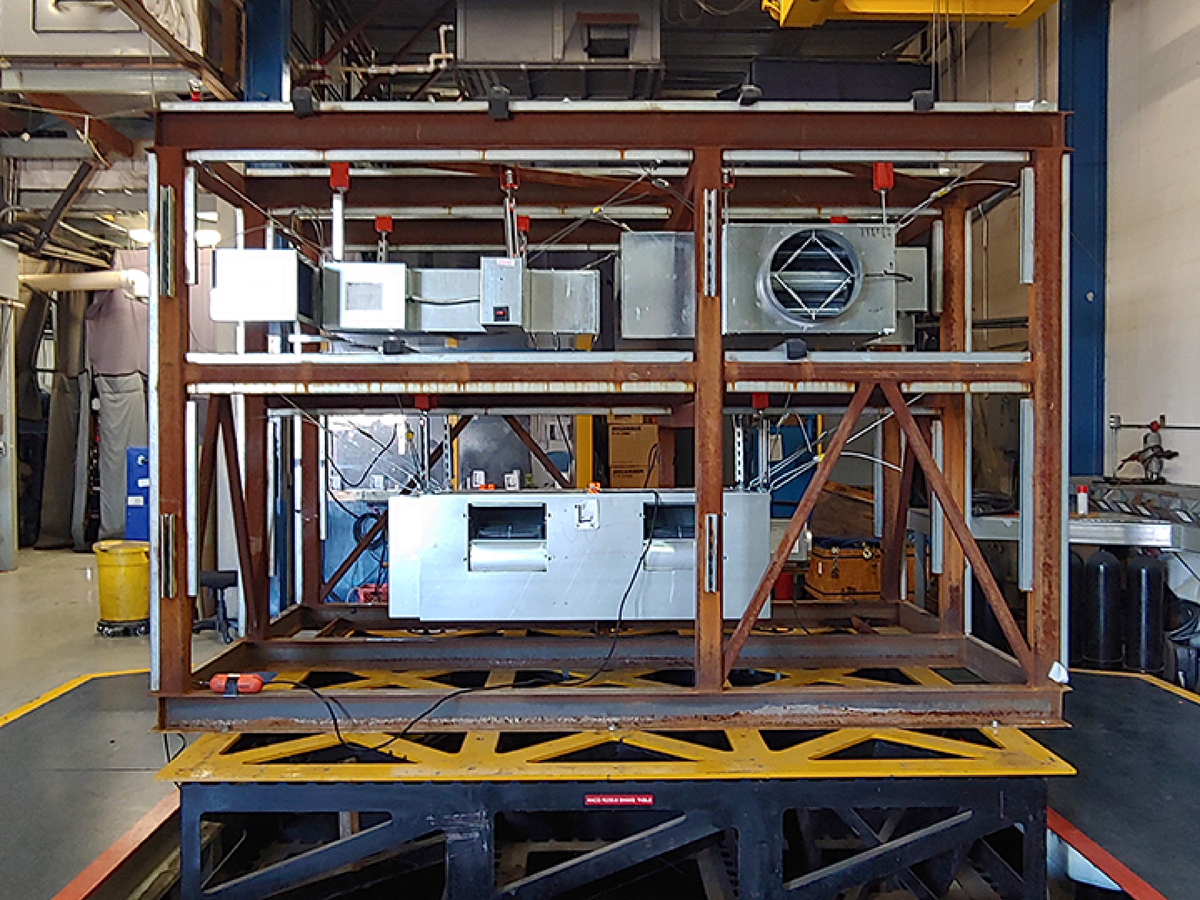 The testing involved operating the shake-table to recreate horizontal acceleration equal to 3.2 x gravity (96 ft/s2) and vertical acceleration of 1.34 x gravity (43 ft/s2) for a duration of at least 20 seconds.  Upon completion of the test, the equipment must meet certain performance guidelines as outlined in AHRI 1270.  This includes the equipment continuing to operate with only a nominal amount of performance degradation.
The testing, performed in 2 phases, proved that the Nailor Terminal Units and Horizontal Fan Coil Units can withstand the forces expected to be exerted in a seismic event and continue to perform.
Upgrades for Seismic Certification 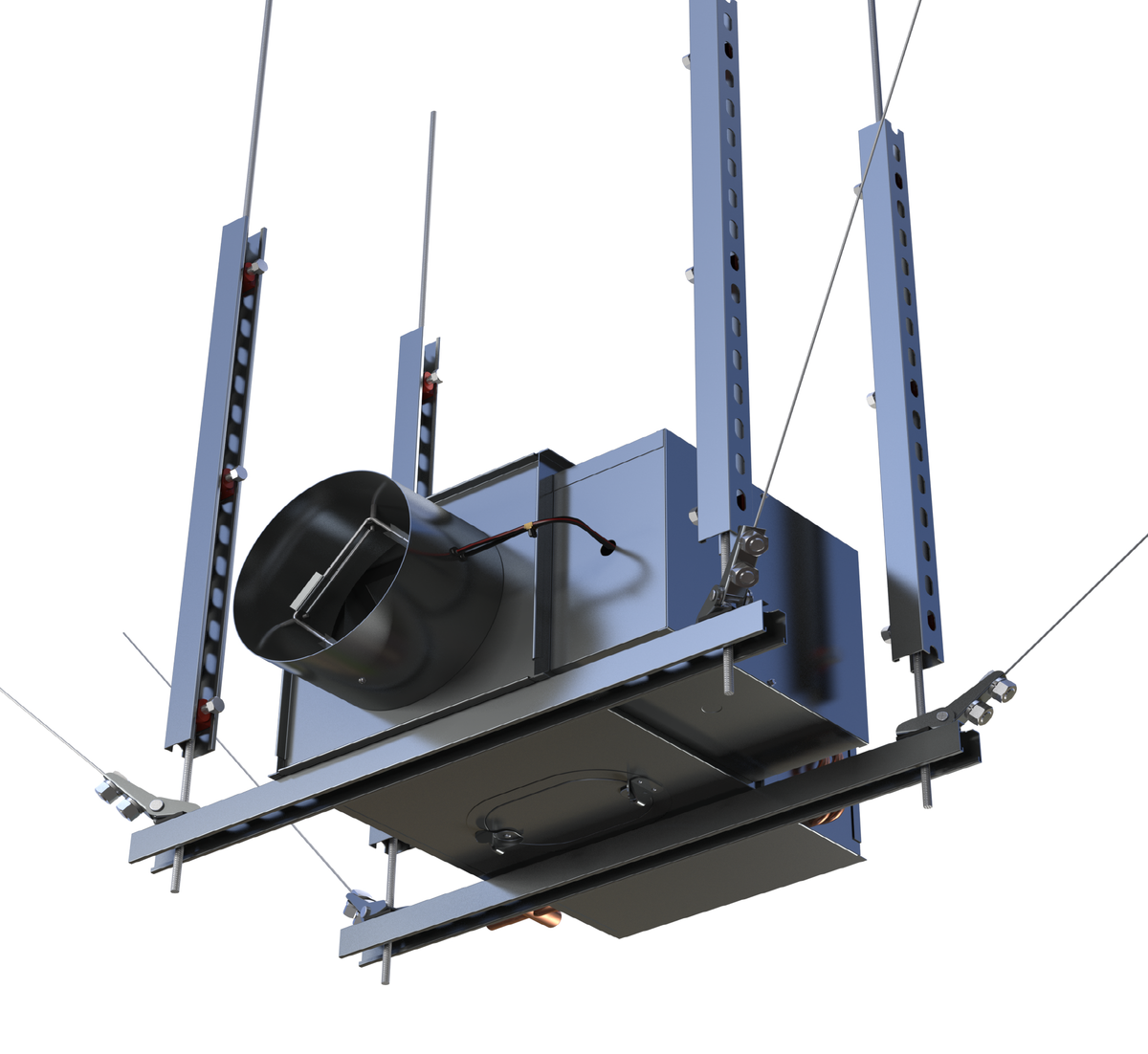 The Nailor Seismic portfolio requires some upgrades from the standard spec equipment.  In some cases, on the equipment, the casing must be built using 20-gauge steel, as opposed to the standard 22-gauge steel.  This provides a stronger connection with the fasteners on the hanging equipment.  On other equipment, 16-gauge L-brackets were used to strengthen the connections with the hangers.
The recommended method for hanging the equipment receives an upgrade as well.  This includes additional hanging equipment and vibration isolation to ensure the terminal units and fan coils can withstand the forces experienced in a seismic event.
Nailor
With 40+ years’ experience in HVAC equipment, Nailor continues to excel at meeting the needs of all areas of the globe including 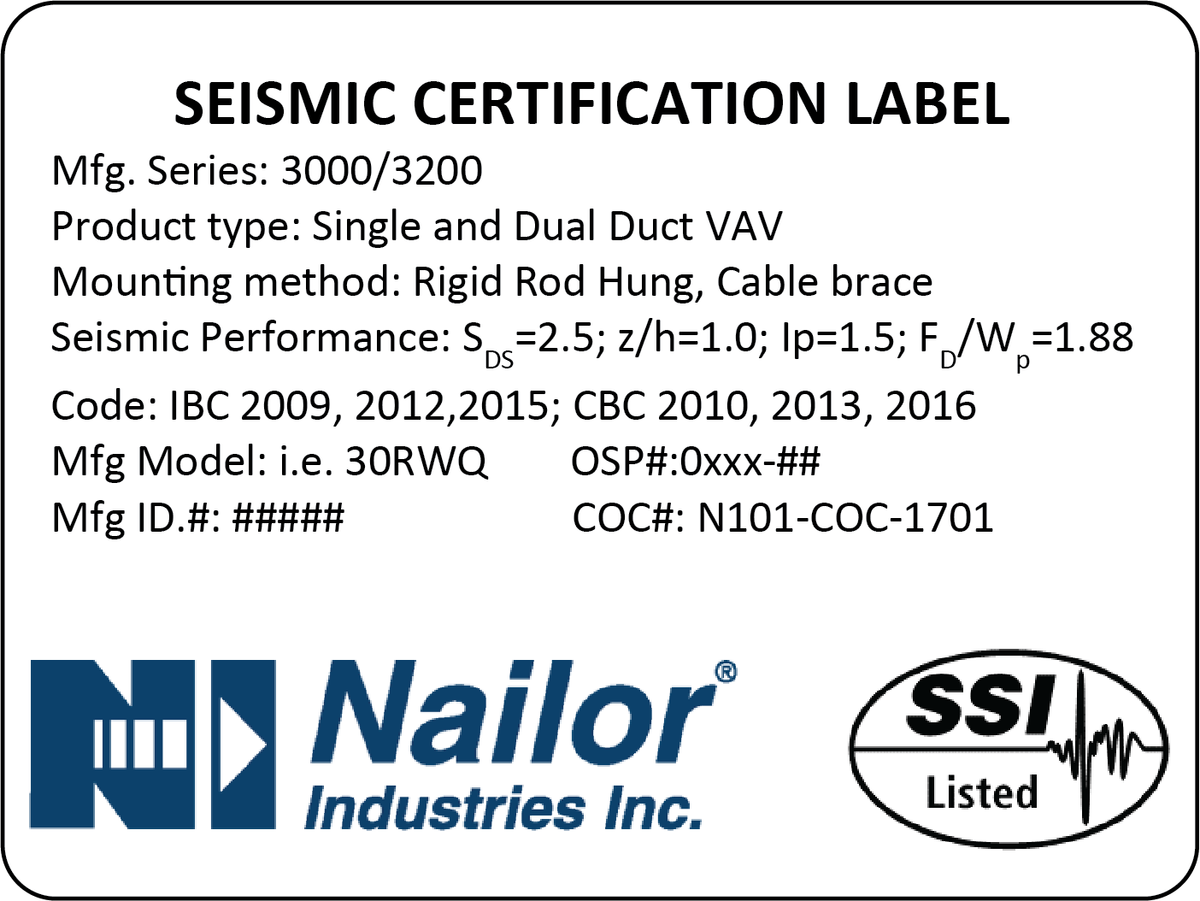 seismic regions.  With the completion of these tests building owners in these regions can confidently choose Nailor Terminal Units and Fan Coils to withstand the possible seismic events that may affect your building. Contact us or your local Nailor representative to learn more about Nailor seismic offerings.
July 14, 2020